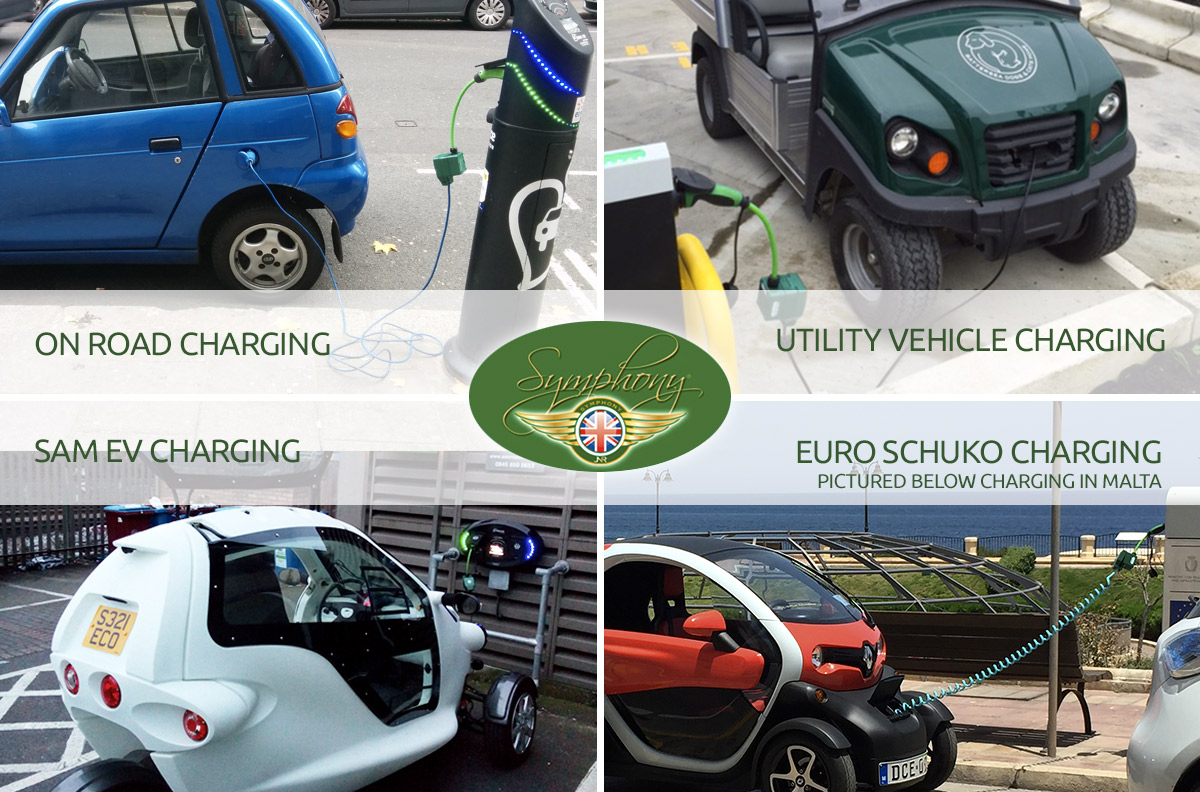 We are excited to announce that the ELECTROSYMPH Charging Adapter is now being widely used in mainland Europe and in the USA.

Our award winning adapter enables owners of any domestic socket vehicle to take advantage of the ever growing network of on-road charging points. The design was recently configured to work seamlessly with the Euro Schuko plug sockets and the American style two pin 120V plugs.

If it wasn’t for the domestic socket vehicles being launched 15 years ago, the EV market wouldn’t be where it is now. When the decision was made to remove domestic charging points from the UK road infrastructure concerns were raised that these vehicles, which started the EV revolution in the first place, would become obsolete. The SYMPHONY EV-ZE research and development team took it upon themselves to solve this massive problem and bridge the gap between domestic socket electric vehicles and the modern day EV charging network. We developed an adapter to convert the standard 3 pin 13amp plug to connect to all on-road charging points.

After its unrivaled success in the UK, the obvious next step was to open up this level of access to vehicle owners worldwide, which we are delighted to have now achieved.

The ELECTROSYMPH adapter can also be used by Utility Vehicles to charge at any approved charging points, as recently demonstrated at Battersea Dogs & Cats Home. This not only maximises the usage of the charging points, with utility vehicles charging overnight and suppliers/customers charging throughout the day, but it future proofs these domestic socket vehicles that are widely used at hotels, zoos and themeparks, both at home and now abroad.

The ELECTROSYMPH adapter is also aiding the development of new EV technology, such as the ultra light 3 wheel SAM EV which is also fitted with domestic plugs as standard, making it easier than ever to charge from home whilst also utilising the charging point infrastructure.

You can buy the ELECTROSYMPH charging point adapter here.